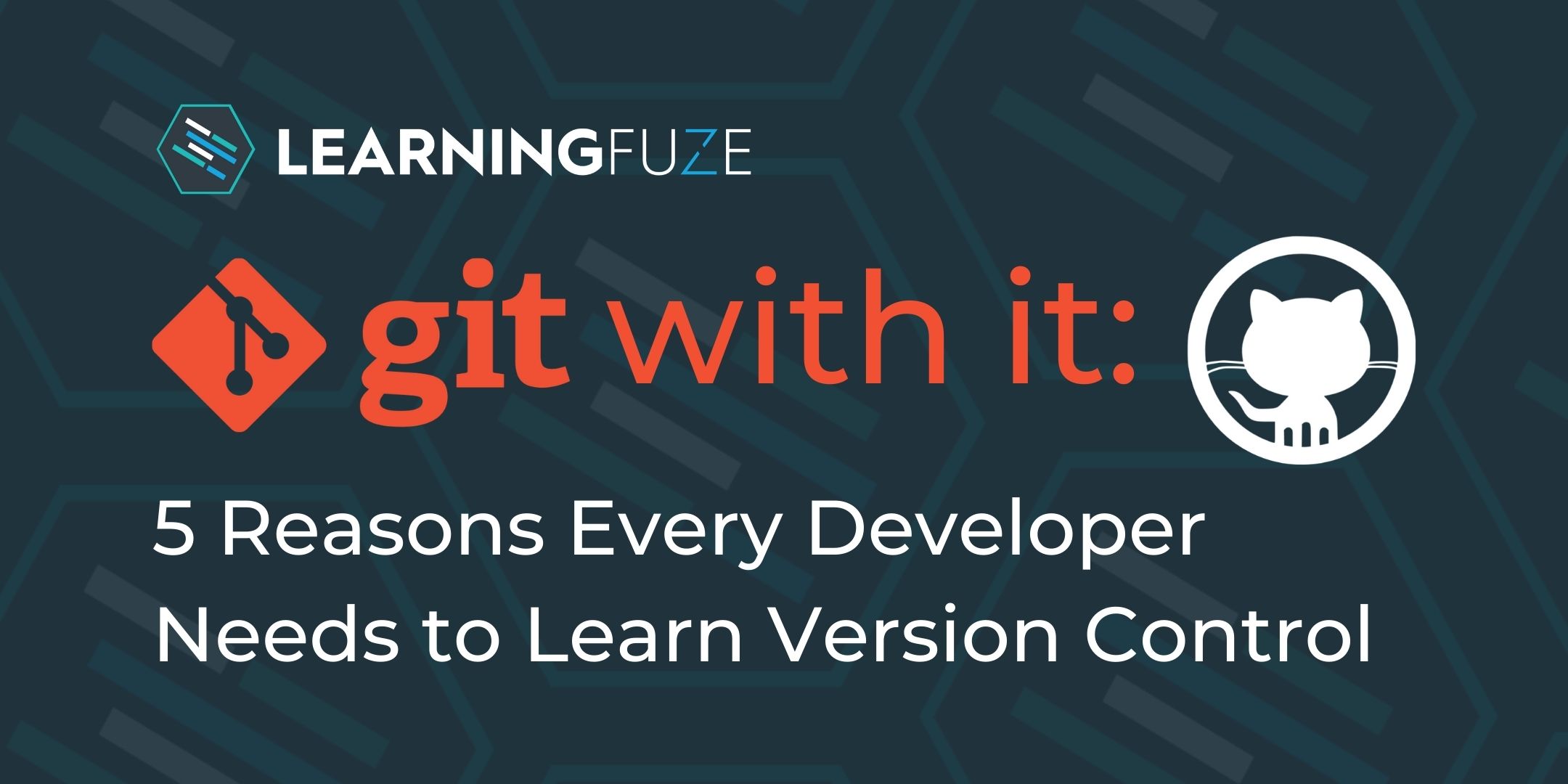 Why Git is Important in Web Development

Working for LearningFuze Coding Bootcamp has provided me the opportunity to work with developers at all levels, from newbies that just discovered “Hello World” to those that have risen to the level of CIO. You’re probably tired of hearing that Web Developers need to understand the fundamentals of JavaScript, HTML, and CSS (this isn’t changing anytime soon by the way). So let’s change up the conversation and talk about our often overlooked friends, Git and version control.

Here at LearningFuze, Git is so integral to the program that we start teaching it in our Prep Class and we’ve even built a custom Learning Management System that integrates directly with GitHub. We were surprised to learn that there isn’t a LMS out there with GitHub compatibility so as Engineers we solved the problem instead of taking the easy road. Tim Davis, our Lead Instructor and Curriculum Director, has been teaching Web Development for over 5 years in addition to his previous career as a developer so he seemed like the perfect person to ask about why Git is so important to being a hirable developer.

5 Reasons to Git on Board Version Control

Snapshots Highlight the History of a Project

Whether you are working alone or on a team it’s important to track changes. Documentation of workflow and processes is important to any project, coding is no different. Have you ever been blamed for something you didn’t do? Version control to the rescue!

Hopefully this list has helped open your eyes to the importance of Git. Since you’re likely asking yourself where to start we thought it would be helpful to provide some steps and resources to get started.

9 Reasons Even Solo Developers Should Use Source Control