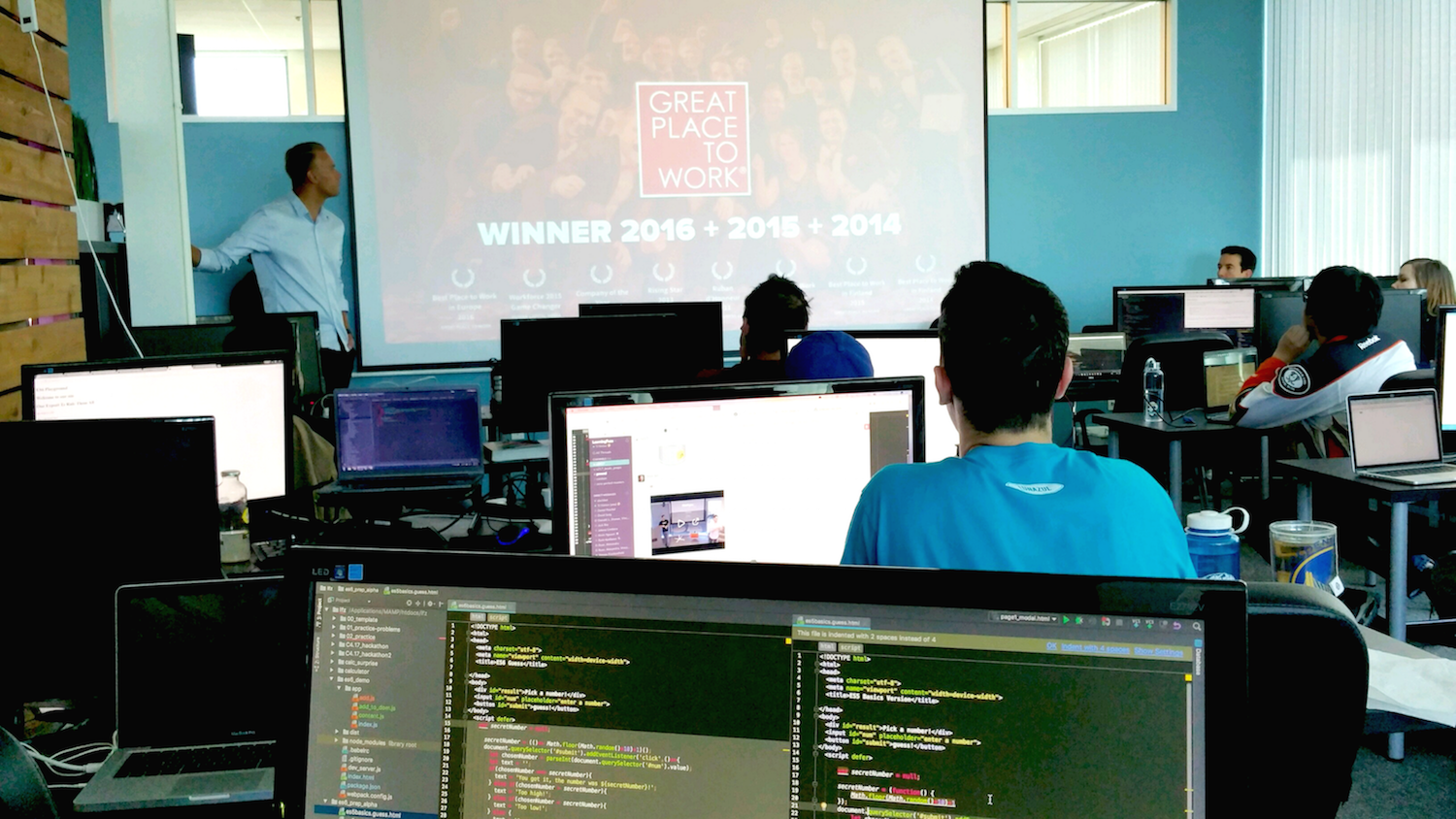 What qualities do you look for in a developer?

Vincit entrusts their employees to handle their tasks productively and they look for developers who thrive independently, take initiative, have a passion for technology, and enjoys exploring best solutions while staying actively engaged in the dev community. Vincit always strives to create a friendly casual atmosphere and the ability to communicate and collaborate effectively are very important qualities they look for in a candidate.

Which language is most important to know when hiring?

JavaScript is the most important language here at Vincit! Depending on what the project entails, it is also good to know web-based technologies such as Node, Angular, React, and Redux. For native mobile apps, it is going to be iOS, Android, and React Native.

Learn to work in a fast-paced work environment. Here’s why:

Vincit works in pseudo Agile Development and also incorporates the best parts from Scrum, Kanban, and others. They work in short sprints and are in constant communication with the client. The MVP (Minimum Viable Product) is initially created and then you will work on building it out with the internal team. It’s imperative to work quickly, be flexible with project tasks, and to maintain a high level of communication.

How is interview process conducted?

There is a 3-step hiring process for the developers that includes:

Here’s some helpful advice in the interview: It’s not about perfection, it’s about how you logically work through the problem.

Yes. As a matter of fact, Vincit is planning on hiring an abundant amount of developers in the upcoming years. So far we hired two developers from a coding bootcamp because they displayed the talent and the practical coding skills.

It turns out, the in-demand field of software development is more than just coding. Development is a team effort and being able to collaborate with others, having a passion for technology, and communicating effectively are all important qualities that an award-winning tech company such as Vincit are looking for in a candidate. As Ville said, “You will fail but that is normal in development.” This statement holds very true and if you can stay resilient and constantly challenge yourself in solving new challenges, then that will help separate you from a lot of developers. Fail forward and turn your mistakes into stepping stones for long-term success. And remember, enjoy the coding journey along the way!

A Software Developer’s Journey to Nodewhere