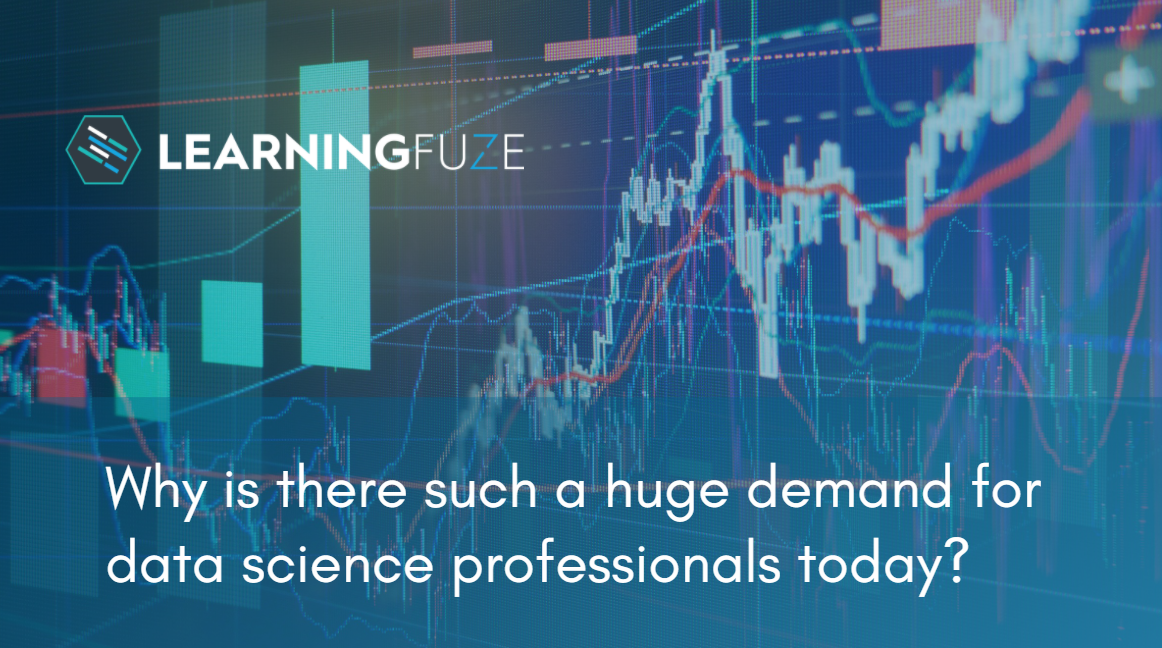 With data growing more and more abundant across multiple sectors of society, so, too, does the need for data professionals that can process it. A study by LHH revealed that the number of jobs in data science grew by nearly 46% in 2020, ranking 14th among tech jobs based on demand and growth.

This article will explore the factors that contribute to the growth of the data science industry and how you can become a data scientist.

Before delving into why there’s such a high demand for data scientists, it’s worth differentiating these professionals from other data experts. Data scientists need a solid understanding of mathematics and statistics. This is because their job requires them to interpret large data sets using machine learning (ML) algorithms, predictive analytics, and even prescriptive analytics. With these tools, data scientists can extract valuable insights that organizations can use.

That being said, data scientists are distinct from data analysts. The main difference between the two is that becoming a data scientist is the next step to a data analyst’s career. This is why the two have somewhat similar skill sets. Note, however, that a data analyst pursues a career in business data analytics, specifically. They specialize in specific industries, using their niche knowledge to create business intelligence reports or make recommendations. While they also possess statistical and analytical skills, their job doesn’t require them to create ML algorithms. Predictive and prescriptive analytics is also not part of their role.

Meanwhile, a data engineer specializes in collecting data and pinpointing trends. They don’t necessarily play a part in extrapolating insights. Instead, they build algorithms to facilitate the collection of data to ensure that it’s easily accessible for the rest of the organization.

The reason why data scientists are so in-demand is because of how multiple industries suddenly shifted to digital platforms — from healthcare to manufacturing, to retail. Following their digitalization, organizations found that they were creating more data than they knew what to do with: electronic content, digital documents, information logs, to name a few rich sources of raw data. And in order to use this data, they needed the help of data scientists.

For modern organizations to be successful, they needed to make data-driven business decisions. These help in optimizing a company’s operations, which then maximizes productivity and boosts performance. Data-driven organizations are a step up from traditional competitors because they have the intel needed to improve their current methods. They can also leverage advanced data processes, such as machine learning and predictive analytics, to plan for the future. This puts data-driven companies at a huge advantage. So, it wasn’t long before their traditional competitors followed suit.

Note that while jobs for data analysts and data engineers were also growing in demand, data scientists came out on top due to their extensive skill set. And in particular, they could collect data and analyze it.

What Skills Does a Data Scientist Need?

It’s been said that data scientists must know how to build algorithms, conduct various data analyses, and extract insights, but what else?

You’ll also need to learn various data-related processes, such as how to extract, transform, and load data into a data warehouse. After which, you have to analyze the data through wrangling and exploratory data analysis. Finally, you’ll take your findings and present them through data visualization. It’s also worth noting that you will need to have the skill to continually improve the data models you create, as this keeps your data management process effective.

If you’re looking to start a career in data science, check out LearningFuze’s courses on the topic. You can start with an introduction to data science, then go from there!